under the administration of 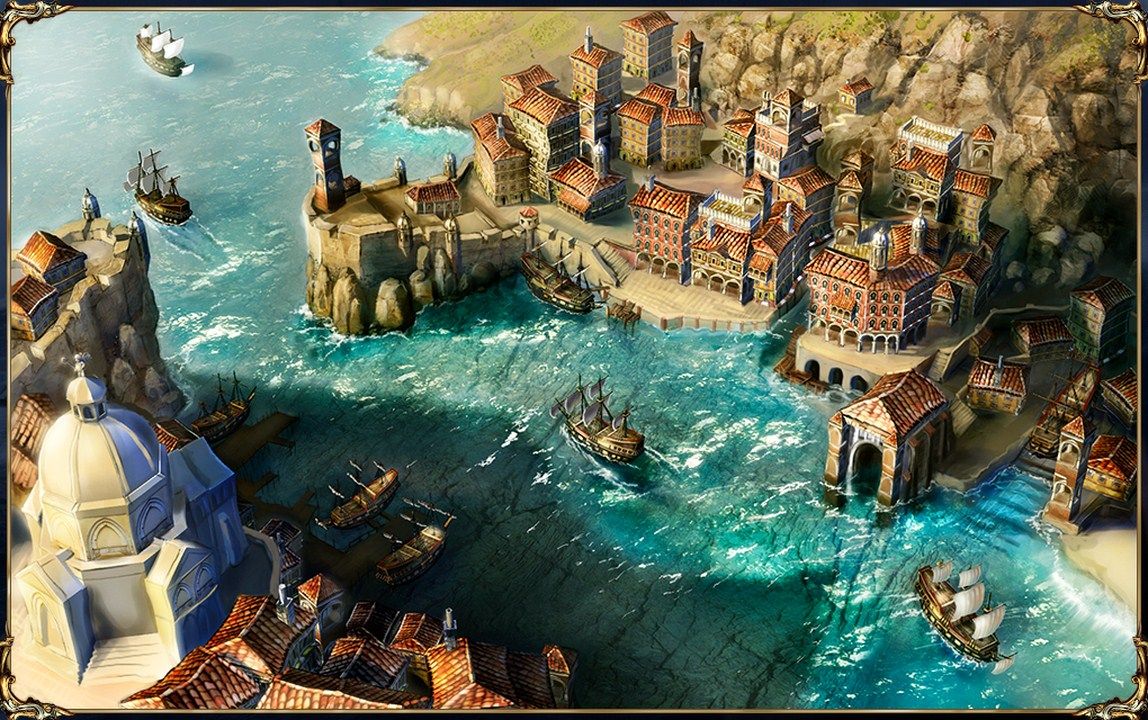 Southwest of the desert town of Cadentia sits the port of Gangos. By the crow, it runs approximately eighty miles and on horseback it can take upwards of 3-4 days of travel. By modern vehicle it of course takes less time but the sole road connecting Cadentia and Gangos is a winding 110 mile trek. If the winds are kind, you will make it there in a few hours but if the dust devils wrought by the Shifting Sands to the south are feeling mischievous, it can easily turn into a day long ordeal.

The port itself is small but well appointed, built around a calm cove protected from the rough seas beyond by natural outcroppings. Larger ships are unable to access the docks and instead ferry their personnel and goods by way of smaller tenders while schooners and smaller boats can navigate the bay with little issue. A main road called Rum Alley acts the primary thoroughfare while smaller cobbled sidestreets bustle with activity from traders, privateers, and black market hawkers. Seaside taverns, shops, brothels, market stalls, and inns line the main street, so often unabashed about the nature of their business.

Once a lawless place, Gangos Port has been under the thumb of a pirate band known as the Sirens of the Southern Seas. A cutthroat gang through and through, they are led by a mysterious woman known only as the Ash Queen. Few have seen her face and fewer still have lived to tell the tale. By and large, the Ash Queen’s rule is executed by a trio of her closest confidantes known as the Triad.

Beneath the rule of the Sirens and their blood red banner, Gangos has found a semblance of tenuous prosperity. They operate under a strict set of rules known as the Red Code. Thievery, murder, and other nefarious activities are banned within the boundaries of the port and those who violate it find a short drop and a sudden stop at the gallows on Rum Alley, giving the street a nickname to match the code enforced there.

A lush oasis port, Gangos is a bastion of life in an otherwise dead desert. Venture far from town and one can easily be lost to the sands, never to return to civilization. Further south of Gangos is a raging sandstorm known as the Shifting Sands, a perpetual storm that never seems to let up save for brief breaks that give a sliver of a glimpse of the Bone White Desert beyond. It is ill advised to venture out into the Shifting Sands if you value your life and even the most adventurous of Gangos’ travelers steer well clear of the tumultuous wall of dust and sand. Those that disappear into the storm, if they don’t die an agonizing death, often find themselves turned eastward to emerge far from the storm and whatever lies beyond.

((OOC: How to use this setting:

This is a player made, unofficial setting.

It is an active trading port home to a number of races and creeds. Legitimate and illegitimate businesses both thrive here and visitors can often find a number of goods from far off lands sold by merchants eager to offload them as quickly as possible. Come for a gander, do a little trading, stay for a drink or some entertainment. Very little is off limits but any damage, destruction, etc. should be cleared first as the Sirens do not take kindly to outsiders stirring up trouble.

The Shifting Sands cannot be crossed or bypassed. It is equal parts natural wonder and arcane barrier and as such, please do not play as if it has been crossed. Want to get lost in it for a while? Feel free. Someone would end up far east of the storm, if they make it out at all.

Anything else not covered here, please reach out before doing anything that would compromise or alter this setting.