Blood Witch, we had so much fun I think we need a sequel. By means of the Overlord's Grant, I hereby challenge for the Barony of Cadentia.
Top - Title holder acceptance must be publicly posted within 1 week of this validation.
- The challenge must be fought within 2 weeks of the title holders acceptance.
- This tool will assist in helping verify the required dates.
- Na-rae Takamine
Duel of Swords Coordinator
Top

For the record, regardless of the outcome, I am keeping the camel.
Top

The true savior of seaside returns to grace the Arena with his presence. It's a Christmas miracle.

I guess it's that time of year when I should remind the community with a poorly made MS paint picture. 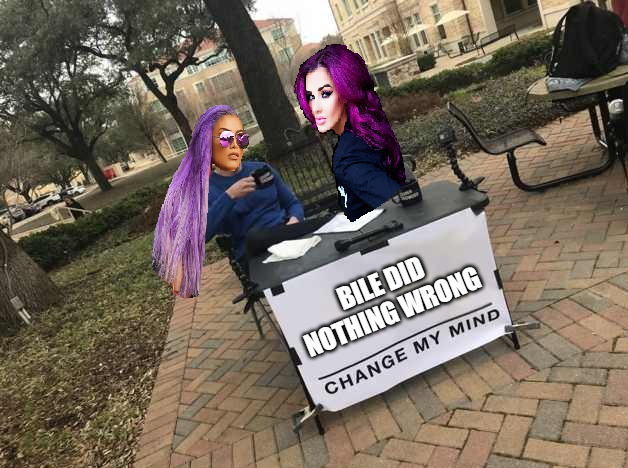 I wish you had stayed your hand on the evening of that challenge Blood Witch. Prior to your obstruction I had intended on issuing this elsewhere. Regardless now I have no choice but to follow through. Do not disappoint me; ensure the Overlord shows or I fear the night will come to a swift end.

We are fated to duel on December 31st.
Top

Threatening to end this quickly is hardly disincentive if it means less time listening to Bile’s Opinions on the News of the Day.

Reminds me. You never did link me to your podcast.

I had no desire to face you. Everything that follows is self-inflicted; but as I have witnessed that is how you prefer to do things anyway.
Top

Let’s translate for the folks at home:

That about sum it up?

Okay but here's the real question: When are you guys gonna make out?
Well, I looked my demons in the eyes
laid bare my chest, said "Do your best, destroy me.
You see, I've been to hell and back so many times,
I must admit you kind of bore me."
~Ray Lamontagne-Empty
Top

Bilorry is my new ship.
Top

Reminder that Mallory is married to Eri Maeda and not everyone around here are into open relationships.
It's also why I don't hit on Eri, even though she wears the best boots in Kabuki.

So what I'm hearing here is that John wants Eri to step on him. Got it.
Well, I looked my demons in the eyes
laid bare my chest, said "Do your best, destroy me.
You see, I've been to hell and back so many times,
I must admit you kind of bore me."
~Ray Lamontagne-Empty
Top

All I want for Christmas is the opposite of whatever this is.
Top

Tonight, Bile fought under a banner of black and red. His people of honor were the King's Gambit squad. And his second was Callous. The Baron of Cadentia fought under a black horned heart on a field of red. Her Lady of Honor was Yeardley and her second was her number one fan, Lena, the talented cosplayer from the desert. Who I think were one in the same. So that's fun.

Mallory chose a one shot for tonight's format and after 9 rounds and a closely fought seesaw match that went to Sudden Death at one point, Mallory remains baron of Cadentia. Congratulations to Mallory and well tried to Bile.

Also, the MVP of the night is Max Lager. Arena staff take note, the girl deserves a prize for her quick thinking tonight.
Top
Post Reply
15 posts • Page 1 of 1