Mantle Collection of the Overlords

Mantle Collection of the Overlords

(( This is a mega thread for past, present, and future Overlords of the Duel of Swords to post any sort of customized mantle piece. )) Leather from a Yasuo river python and golden silk imported from Adenna. The gold plated design at the front which bounds the silk together depicts the features of an Adennian wolf; while the lesser two pieces at either side show the emblem of the three-tailed fox clan of Yasuo. The chains shown at the front are replicas of "the chains of Ko'rudoche" — chains which bound three of the five islands above to be an earthen shroud over Adenna.
Top

White leather belt with nickel plates with a gold coating. The Center plate depicts the world, which is what G considers himself the best of.

Four plates with two on each side of the belt. First plates depict a sailing ship, which is G's first love, the second plates depict gold coins, G's second love. (Since it wouldn't be proper to put any women on these plates, they'd never depict them right, anyway!)

At the top of the center plate is a skull and crossbones emblem most recognizable as the universal symbol for piracy. That is pretty self explanatory.

The belt is clasped together with nickle coated brass snaps for easy adjustment and secure closure.

Belt can be worn around the waist or over the shoulder for dramatic effect.
Last edited by G on Tue Apr 26, 2016 5:38 pm, edited 2 times in total.
G'nort Dragoon-Talanador
Duel of Swords Legend. Best In The World™.
First All Time DoS Title Holder.
Listed as "Daddy" in your daughters contacts list.

Matt Simon’s Overlord mantle is woven with black spider-silk, a surprisingly sturdy fabric meticulously harvested from the mottled orb spiders dispersed along the volcanic Elanthian islands of Qi'Reshalia. Trimmed along the edges with braided golden leather, the center of the belt displays a stalwart clenched fist composed of crushed quartz pieces in a prismatic array of carefully arranged reds, yellows, greens and blues capped off with a touch of black. An embroidered gold osprey soars over the top left of the fist while a similarly embroidered 'blue muskalundge' – a fish native to Lake Gwenalion in the Langenfirth Forest – swims toward the fist from the bottom right.


((All credit to Koy's player for the above!))
Top

Black leather belt with nickel plates and gold coating. The gold center plate depicts a rising phoenix made from pure silver, a symbol of rising from nothing to the best in the business.

The belt is clasped together with nickle coated brass snaps for easy adjustment and secure closure, but looks very stylish worn either around the waist of draped over the shoulder.

As the 110th Overlord, The Empress got herself a crown:

A picture of Rand wearing his custom Overlord mantle. 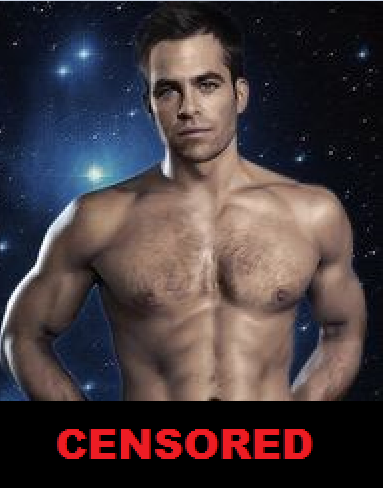 Re: Mantle Collection of the Overlords

The Mantle of the 116th Overlord, or Overwitch in this case, was a black leather belt studded with silver coins produced by the same mint that manufactured Kabuki Street dollarydoos:

The following images were engraved on the coins:

This hand-made half-circle fencing cape is made of trigger (poly-cotton blend of bottom weight poplin sports cloth). Extra fabric strips are added to the bottom edge for extra weight so that the cape will swirl easier. It is also reversible to represent Michelle’s loyalties.

First, the side representing House Atrebla. A subtle embroidery pattern of the House Atrebla crest is patterned over a dark, forest green background. The collar and trim are both black. On the front, over the heart, gold embroidery boldly states ~Lady Michelle Montoya-Bidarte, 117th Overlord~. Similar, subtle gold embroidery on the bottom trim repeats the motto: Truth, Skill and Honour.

Re: Mantle Collection of the Overlords

Less a belt and more a modern torture contraption, the mantle of the 119th Overbae is more akin to a lace up corset belt. Made of leather with a lace trim and silk ribbon ties, the leather is etched with stygian iron filigree depicting a battle axe against a background outline of flame. On the lefthand side of the axe, the blade bears an image of an apple while the right hand side depicts a ring of ivy topped with a bow, in the middle of the ivy ring is what appears to be a strawberry and a raspberry side by side. The back of the corset belt bears an emblazoned trio of crowns in celestial gold, a number 10 stamped in the middle of the center crown.
Well, I looked my demons in the eyes
laid bare my chest, said "Do your best, destroy me.
You see, I've been to hell and back so many times,
I must admit you kind of bore me."
~Ray Lamontagne-Empty
Top
Post Reply
9 posts • Page 1 of 1