The Importance of Being Earnest (Rep)

The Importance of Being Earnest (Rep) 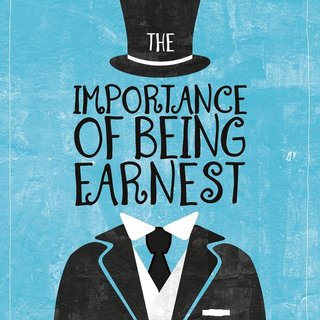 ((PCs in bold, NPCs not in bold.))
"All the world's a stage, and all the men and women merely players."
- Shakespeare
Top

Re: The Importance of Being Earnest (Repertory)

Jack Worthing, the play’s protagonist, is a pillar of the community in Hertfordshire, where he is guardian to Cecily Cardew, the pretty, eighteen-year-old granddaughter of the late Thomas Cardew, who found and adopted Jack when he was a baby. In Hertfordshire, Jack has responsibilities: he is a major landowner and justice of the peace, with tenants, farmers, and a number of servants and other employees all dependent on him. For years, he has also pretended to have an irresponsible black-sheep brother named Ernest who leads a scandalous life in pursuit of pleasure and is always getting into trouble of a sort that requires Jack to rush grimly off to his assistance. In fact, Ernest is merely Jack’s alibi, a phantom that allows him to disappear for days at a time and do as he likes. No one but Jack knows that he himself is Ernest. Ernest is the name Jack goes by in London, which is where he really goes on these occasions—probably to pursue the very sort of behavior he pretends to disapprove of in his imaginary brother.

Jack is in love with Gwendolen Fairfax, the cousin of his best friend, Algernon Moncrieff. When the play opens, Algernon, who knows Jack as Ernest, has begun to suspect something, having found an inscription inside Jack’s cigarette case addressed to “Uncle Jack” from someone who refers to herself as “little Cecily.” Algernon suspects that Jack may be leading a double life, a practice he seems to regard as commonplace and indispensable to modern life. He calls a person who leads a double life a “Bunburyist,” after a nonexistent friend he pretends to have, a chronic invalid named Bunbury, to whose deathbed he is forever being summoned whenever he wants to get out of some tiresome social obligation.

At the beginning of Act I, Jack drops in unexpectedly on Algernon and announces that he intends to propose to Gwendolen. Algernon confronts him with the cigarette case and forces him to come clean, demanding to know who “Jack” and “Cecily” are. Jack confesses that his name isn’t really Ernest and that Cecily is his ward, a responsibility imposed on him by his adoptive father’s will. Jack also tells Algernon about his fictional brother. Jack says he’s been thinking of killing off this fake brother, since Cecily has been showing too active an interest in him. Without meaning to, Jack describes Cecily in terms that catch Algernon’s attention and make him even more interested in her than he is already.

Gwendolen and her mother, Lady Bracknell, arrive, which gives Jack an opportunity to propose to Gwendolen. Jack is delighted to discover that Gwendolen returns his affections, but he is alarmed to learn that Gwendolen is fixated on the name Ernest, which she says “inspires absolute confidence.” Gwendolen makes clear that she would not consider marrying a man who was not named Ernest.

Lady Bracknell interviews Jack to determine his eligibility as a possible son-in-law, and during this interview she asks about his family background. When Jack explains that he has no idea who his parents were and that he was found, by the man who adopted him, in a handbag in the cloakroom at Victoria Station, Lady Bracknell is scandalized. She forbids the match between Jack and Gwendolen and sweeps out of the house.

In Act II, Algernon shows up at Jack’s country estate posing as Jack’s brother Ernest. Meanwhile, Jack, having decided that Ernest has outlived his usefulness, arrives home in deep mourning, full of a story about Ernest having died suddenly in Paris. He is enraged to find Algernon there masquerading as Ernest but has to go along with the charade. If he doesn’t, his own lies and deceptions will be revealed.

While Jack changes out of his mourning clothes, Algernon, who has fallen hopelessly in love with Cecily, asks her to marry him. He is surprised to discover that Cecily already considers that they are engaged, and he is charmed when she reveals that her fascination with “Uncle Jack’s brother” led her to invent an elaborate romance between herself and him several months ago. Algernon is less enchanted to learn that part of Cecily’s interest in him derives from the name Ernest, which, unconsciously echoing Gwendolen, she says “inspires absolute confidence.”

Algernon goes off in search of Dr. Chasuble, the local rector, to see about getting himself christened Ernest. Meanwhile, Gwendolen arrives, having decided to pay Jack an unexpected visit. Gwendolen is shown into the garden, where Cecily orders tea and attempts to play hostess. Cecily has no idea how Gwendolen figures into Jack’s life, and Gwendolen, for her part, has no idea who Cecily is. Gwendolen initially thinks Cecily is a visitor to the Manor House and is disconcerted to learn that Cecily is “Mr. Worthing’s ward.” She notes that Ernest has never mentioned having a ward, and Cecily explains that it is not Ernest Worthing who is her guardian but his brother Jack and, in fact, that she is engaged to be married to Ernest Worthing. Gwendolen points out that this is impossible as she herself is engaged to Ernest Worthing. The tea party degenerates into a war of manners.

Jack and Algernon arrive toward the climax of this confrontation, each having separately made arrangements with Dr. Chasuble to be christened Ernest later that day. Each of the young ladies points out that the other has been deceived: Cecily informs Gwendolen that her fiancé is really named Jack and Gwendolen informs Cecily that hers is really called Algernon. The two women demand to know where Jack’s brother Ernest is, since both of them are engaged to be married to him. Jack is forced to admit that he has no brother and that Ernest is a complete fiction. Both women are shocked and furious, and they retire to the house arm in arm.

Act III takes place in the drawing room of the Manor House, where Cecily and Gwendolen have retired. When Jack and Algernon enter from the garden, the two women confront them. Cecily asks Algernon why he pretended to be her guardian’s brother. Algernon tells her he did it in order to meet her. Gwendolen asks Jack whether he pretended to have a brother in order to come into London to see her as often as possible, and she interprets his evasive reply as an affirmation. The women are somewhat appeased but still concerned over the issue of the name. However, when Jack and Algernon tell Gwendolen and Cecily that they have both made arrangements to be christened Ernest that afternoon, all is forgiven and the two pairs of lovers embrace. At this moment, Lady Bracknell’s arrival is announced.

Lady Bracknell has followed Gwendolen from London, having bribed Gwendolen’s maid to reveal her destination. She demands to know what is going on. Gwendolen again informs Lady Bracknell of her engagement to Jack, and Lady Bracknell reiterates that a union between them is out of the question. Algernon tells Lady Bracknell of his engagement to Cecily, prompting her to inspect Cecily and inquire into her social connections, which she does in a routine and patronizing manner that infuriates Jack. He replies to all her questions with a mixture of civility and sarcasm, withholding until the last possible moment the information that Cecily is actually worth a great deal of money and stands to inherit still more when she comes of age. At this, Lady Bracknell becomes genuinely interested.

Jack informs Lady Bracknell that, as Cecily’s legal guardian, he refuses to give his consent to her union with Algernon. Lady Bracknell suggests that the two young people simply wait until Cecily comes of age, and Jack points out that under the terms of her grandfather’s will, Cecily does not legally come of age until she is thirty-five. Lady Bracknell asks Jack to reconsider, and he points out that the matter is entirely in her own hands. As soon as she consents to his marriage to Gwendolen, Cecily can have his consent to marry Algernon. However, Lady Bracknell refuses to entertain the notion. She and Gwendolen are on the point of leaving when Dr. Chasuble arrives and happens to mention Cecily’s governess, Miss Prism. At this, Lady Bracknell starts and asks that Miss Prism be sent for.

When the governess arrives and catches sight of Lady Bracknell, she begins to look guilty and furtive. Lady Bracknell accuses her of having left her sister’s house twenty-eight years before with a baby and never returned. She demands to know where the baby is. Miss Prism confesses she doesn’t know, explaining that she lost the baby, having absentmindedly placed it in a handbag in which she had meant to place the manuscript for a novel she had written. Jack asks what happened to the bag, and Miss Prism says she left it in the cloakroom of a railway station. Jack presses her for further details and goes racing offstage, returning a few moments later with a large handbag. When Miss Prism confirms that the bag is hers, Jack throws himself on her with a cry of “Mother!” It takes a while before the situation is sorted out, but before too long we understand that Jack is not the illegitimate child of Miss Prism but the legitimate child of Lady Bracknell’s sister and, therefore, Algernon’s older brother. Furthermore, Jack had been originally christened “Ernest John.” All these years Jack has unwittingly been telling the truth: Ernest is his name, as is Jack, and he does have an unprincipled younger brother—Algernon. Again the couples embrace, Miss Prism and Dr. Chasuble follow suit, and Jack acknowledges that he now understands “the vital Importance of Being Earnest.”

((You all know what to do. Hope you all have fun with it!))
"All the world's a stage, and all the men and women merely players."
- Shakespeare
Top
Post Reply
2 posts • Page 1 of 1