The misadventures of Lucy Huntington Mitford, Our Lady of Lost Socialites and Women on Fire. 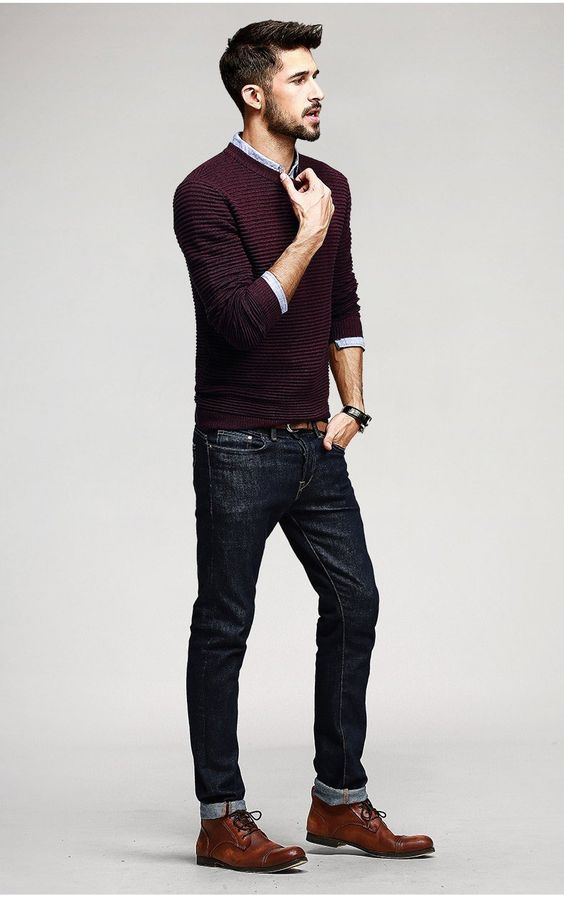 August had arrived early to help finish preparations on Lucy's townhouse for the party. Wearing a casual sweater and jeans, he was glad to wear something comfortable as he hadn't expected so much of a workout. August was an expert at mingling, and during those times where Lucy was busy with others, he was confident in interacting with the many new faces that he met for the first time, as well as catching up with those he had only recently been introduced to.

He had no qualms when he had to act as Lucy's depository for items where she didn't have any pockets. A warm and friendly smile accompanied a firm handshake to those who she introduced him to, and it was likely that he was caught glancing toward Lucy or adding a light touch to her now and again. But he still put his best foot forward for others, doing his best to give a good impression for anyone who he spoke with.

Sometime during the night, his sister April made an appearance. The siblings spent a few moments together away from everyone else, giving August a chance to catch his breath. Before leaving, she caught up with Lucy to compliment her on the party and remark on how much she liked her residence. She left a present for Lucy: season tickets for the smaller ballet company she was a part of.

August had his own gifts for Lucy, of course, but one would have to wait until a more private time. The one he presented for the party was a collection of a few first edition Agatha Christie books featuring Miss Marple. Some were worn with age, while a few others looked as if they hadn't even been cracked open. It was a reminder of their first date, where they learned of their shared love of mysteries.
Top

As always, Lucy was thrilled to see Sal at her party. It was a little obvious at this point in their friendship that he wasn't the most outgoing socially, and maybe didn't enjoy the loud crowd, so she particularly appreciated that he came.

She kept track of him over the course of the evening, noting the unusual wolf that seemed to join him in the garden. She didn't follow him out there, instead waiting for him to return inside before seeking him out for conversation again.

And while she wouldn't dare press any food on him, she did buy a bottle of wine specially for him. She sought him out in the middle of the evening with a pair of glasses, and the bottle. It was a Garnacha wine, she explained, from the Campo de Borja region of Spain. If he was interested, she poured them each a tasting glass, making quiet conversation about wine while they drank together. And if he liked it, she'd try to send it home with him.

She spent time with Cane too, although he was a little easier to steal some moments with. She caught up with him in the kitchen, pointing out her favorite of the foods and making sure he tried some. She suggested they have dinner after the New Year and asked if he had any plans for New Year's Eve. If they managed to catch each other that night, she hoped she'd get to collect a kiss from him for good luck in the year to come.

Lucy didn't see their gifts until after both Sal and Cane had gone. She found Cane's first, at the same time she realized that they hadn't found the gifts she'd left for them under her tree. But she opened Cane's gift right away, marveling at it, and then putting it away in a special place in her jewelry box. She made a point to remember to wear it when she saw him on Christmas.

She didn't discover Sal's gift until later, when she was in the garden. She wasn't entirely sure who it was from given the number of people she knew had enjoyed her garden during the party. But somehow, somehow, she was pretty sure the beautiful, now snow-encrusted, crystal was from Sal.
Top

The mercurial actress had been a little scarce lately--unless you frequented either the RCCA space or the IFL garden, that is, in which case you might even be sick of seeing her. Between one thing and ten others, the so-called Heartbreaker of the Iron Fist was busy as all get out, it's true, but that didn't even a little bit mean that she wouldn't make time for Lucy. Stoked to receive the annual invitation (having screwed it up once, she now took that business of not taking anything for granted hella seriously), the purple haired girl immediately cleared her schedule for that Saturday. She even dressed up for the occasion. 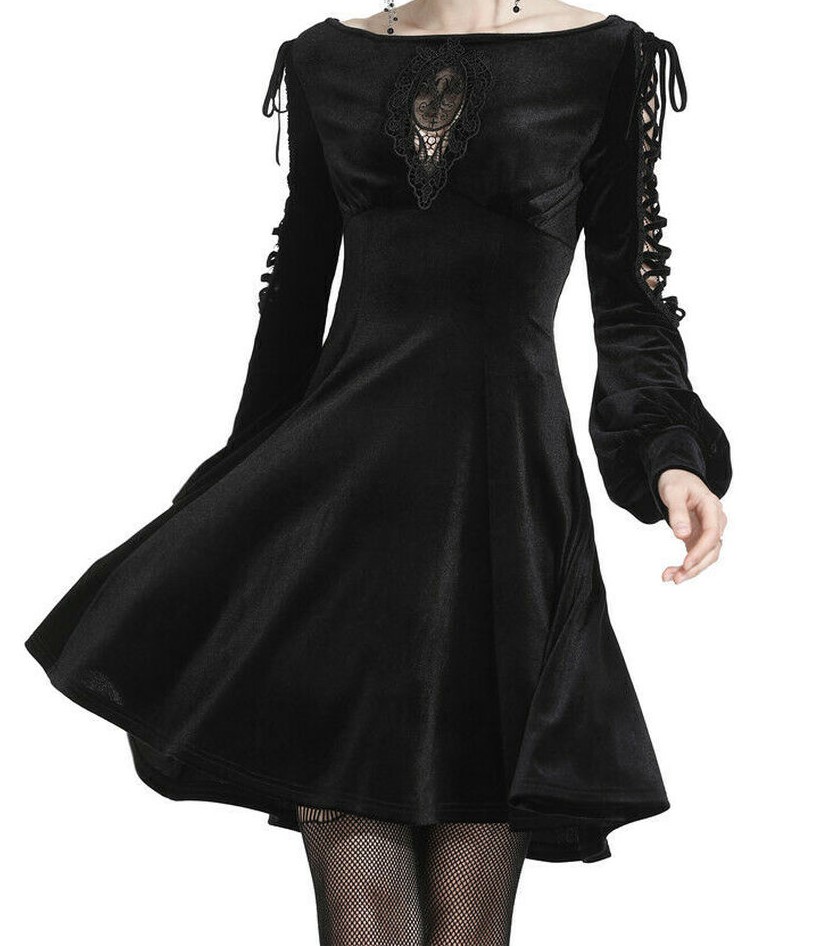 First things first, she made a bee-line for their hostess. Saila knew a lot of people, but Lucy was one of a very few girl friends she could readily claim, and the redhead was very important to her because of it. After exchanging hugs, she insisted on a selfie (for their growing collection, naturally) and only then was she ready to impart the gifts she'd brought. 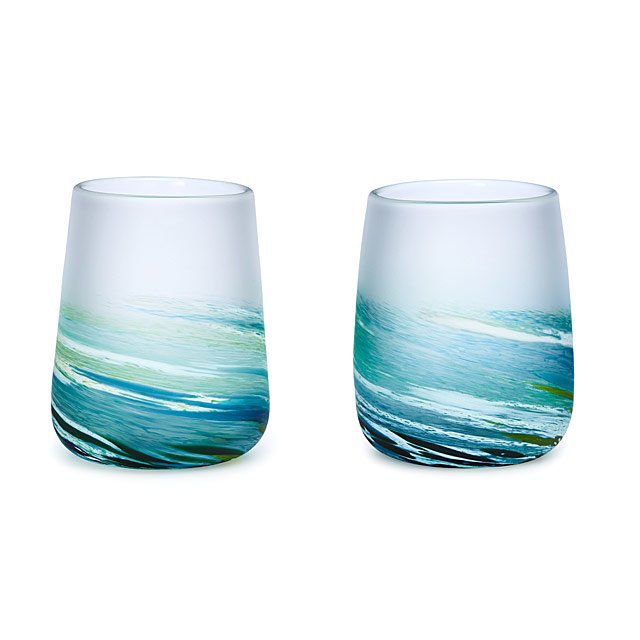 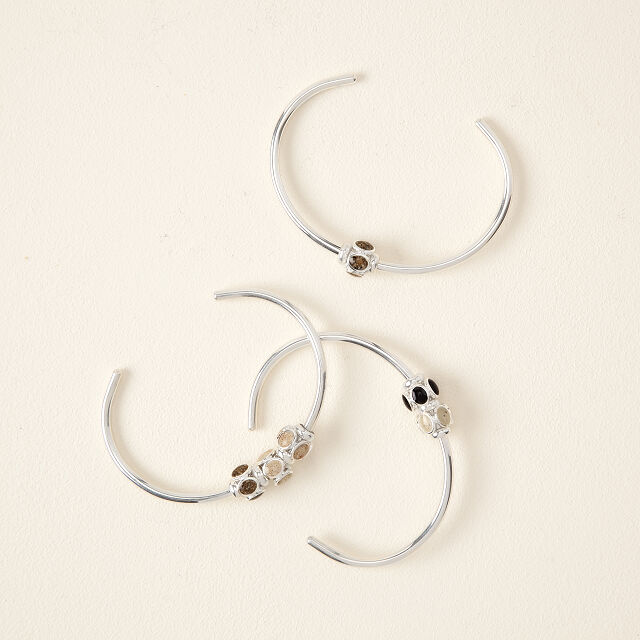 Finding Jewell in the immediate vicinity, Saila had careful hugs and even extravagantly overdone air smooches for her alleged love interest too, though her theatrical antics were surely a cover for the concern in her curious eyes. If and when she caught Jewell alone in a quieter moment upstairs, she might ask one or two carefully considered questions, but she wasn't about to bring anything up in public. It was a party, after all!

She admired the food but did not partake, and with a drink in hand she made the rounds, visiting with people she knew and strangers alike. She didn't take up too much of Cane's time because the Cajun was like the one person in the Realm who didn't have to wonder where she'd gotten off to, but maybe she shared a laugh with him about sharing social circles in addition to work and sports. She had a hug and a ready cheek smooch for her favorite Thunderbird, and spent some time conversing with August, too. Isaac she didn't know particularly well--she'd seen him around the gym, sure, but that didn't mean either of them had had much time for conversation yet-- so she took the opportunity to introduce herself again in a less formal setting. Probably she was going to sign up for his class as soon as she could put a new hole in her schedule. Re-introducing herself to Josette in the same vein, she likely spent several minutes discussing dance and theater with the ballerina since they had overlapping interests in that direction.

While most everyone else seemed to give Sal his space, Saila ...did not. She didn't invade it too much -- mainly she was interested in learning more about the gorgeous creature(s) who shadowed him-- and she didn't force him into anything like actual conversation, either. But she did also want to investigate the greenhouse, and she didn't figure he would mind her presence all that much so long as she didn't try to make him talk. She took (what was for her, anyway) several minutes in companionable silence to explore the project too, and then she also left him to his own thoughts and interests as she rejoined the rest of the party.

Making her way back inside, she made sure to check out all the new art--her fingers often delicately skirting the very edges of the various pieces -- in between looking for opportunities to catch up or otherwise converse with all the others. If asked what she had been up to lately or why she was so scarce, she would say something offhand and witty about doing her best to make more headlines and then tactfully, casually change the subject. She would, however, wax prolific about the new theater project if somebody was interested or foolish enough to ask about it directly.

As the evening drew to a close, she left Lucy with more hugs, probably another selfie, and only after securing a pinkie swear promise to do coffee after the holiday.
feed my will to feel this moment draw me way outside the lines
Top

Lucy spotted the flowers Sard left about halfway through the evening. The bowl of flowers was gorgeous. And it was just a hint of the later discovery in store for her when she next wandered out into the garden. She didn't care that he dressed casually or that there was dirt on his pants or on his hands. She was always happy to see him, for however brief. And his gifts, particularly those in her garden, were also always welcome.

She tried to catch him before he left. She had a card for him. It was a gift and a card. The note read:

Sard, thank you for the kindness of your friendship. I know that I am lucky to have you as a part of my life here in Rhydin.

Wishing you warmth through these coldest months, and a happy new year.

Also in the card was a note that as a gift, she had purchased for him a coffee subscription from the coffee place he had once taken her to before he showed her his public garden for the first time. He need only tell her where he wanted to have the packages sent. 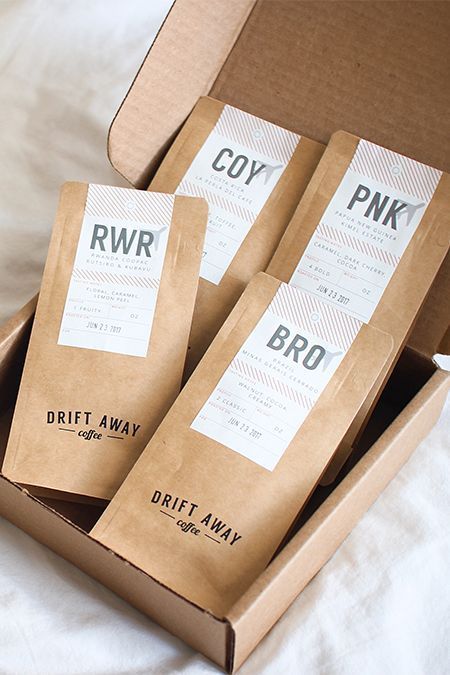 "Cake! Oh, you're so sweet." Lucy leaned to exchange cheek-kisses with Izira, immediately getting the cake set up for service after greeting Gren and Izira.

It was lovely to have live music over the course of the evening, and Lucy was pleasantly surprised by Gren having come prepared. Between Gren and Tippletoe, the night was festive indeed, and Lucy was more than happy to turn the record off for some live carols of a Rhydin bent.

Of course she had gifts for Gren and Izira: 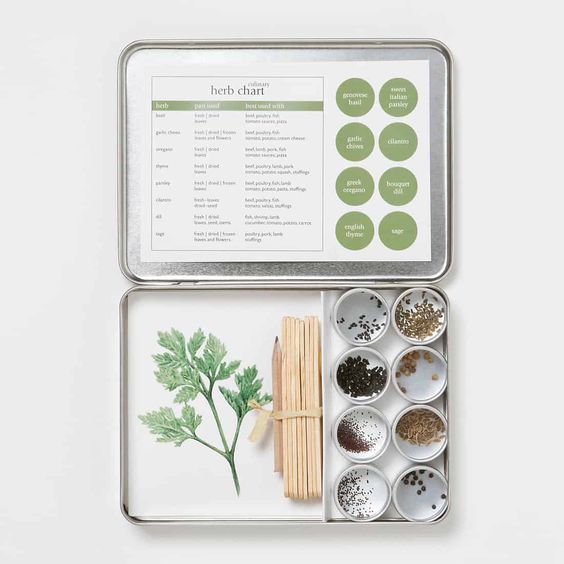 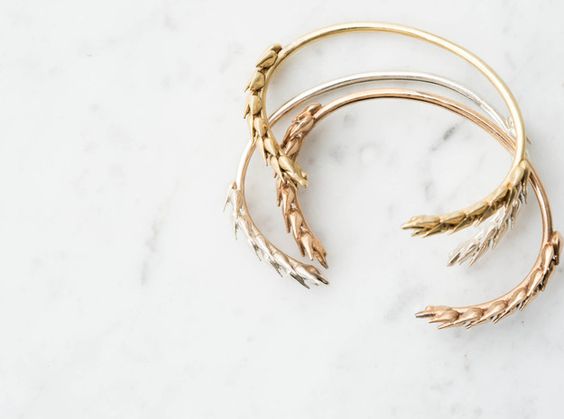 For Gren, a kitchen herb garden kit, and for Izira, a set of gold bracelets.

She had a gift for Tippletoe as well. Tippletoe had such a lovely and cheerful approach to music (or at least the tunes she chose that night!) that Lucy drifted in her direction as she performed.

For her, she had a hand-tooled music folio for keeping sheet music (if she ever had any!). 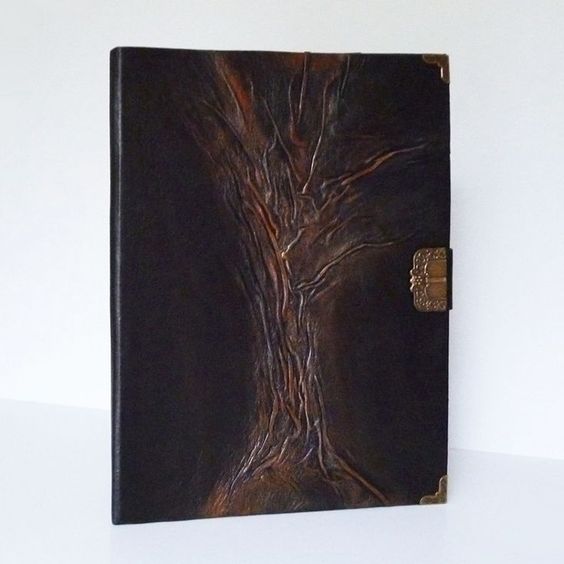 ((Since the leather folio is handmade, I wanted to make sure to link to it. It can be found here!))
Top

Lucy posed happily with Saila for a selfie, and made sure to compliment her on her exciting wins on team Deathcake! Lucy had no idea she was a fighter, but she heard about how well she'd been doing and regretted that she hadn't been there to see it (although she admitted she'd lost her tolerance for watching the fights years before). She made sure that Saila was poured a drink early and toasted with her to a happy new year.

When it came time to exchange gifts, Lucy had a couple packages prepared for her friend. But she begged her to take them home and not open them there. She was uncertain whether the gift she bought would be too her liking and was afraid to watch her open it. 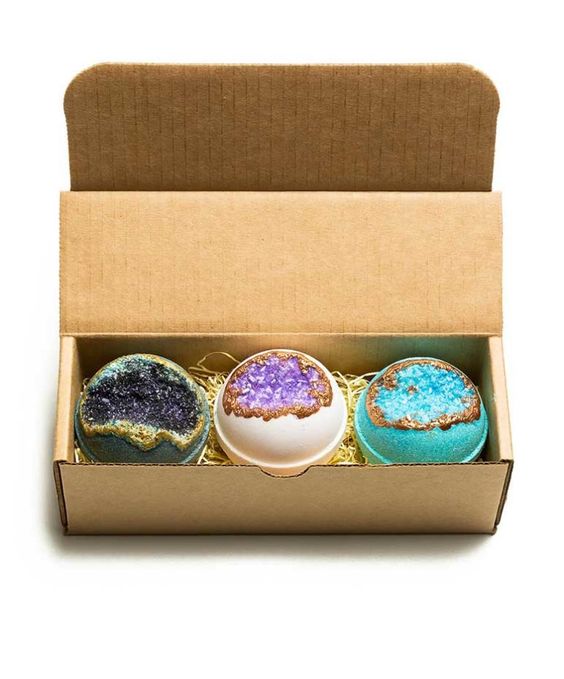 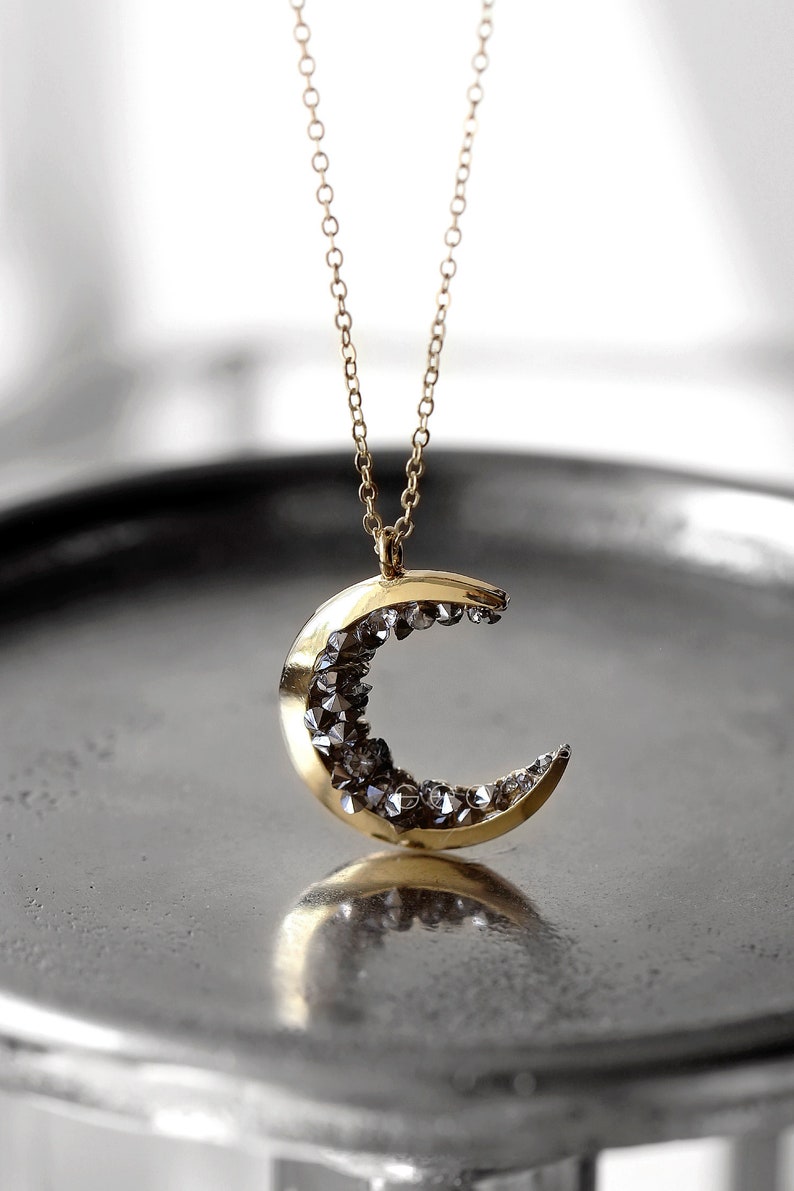 A set of geode bath bombs, and a crescent moon necklace---Saila's was in silver with onyx stones.
Top
Post Reply
21 posts

Return to “Lady of Fire”