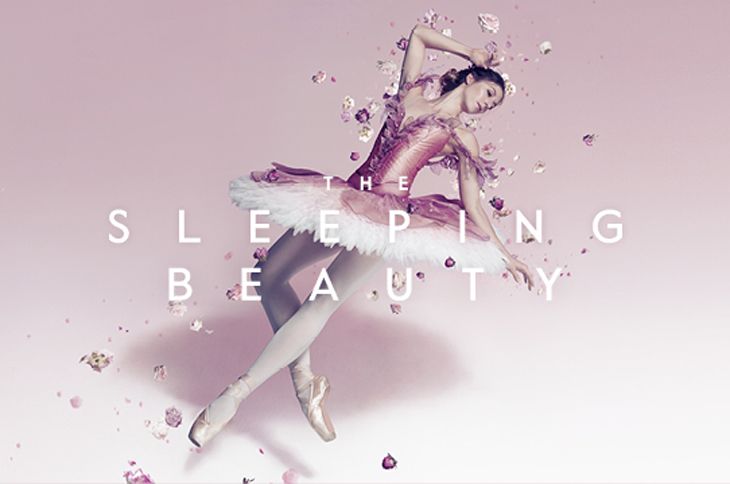 King Florestan XXIV and his Queen have welcomed their first child, Princess Aurora, and declare a grand christening ceremony to honor her. Six fairies are invited to the ceremony to bestow gifts on the child. Each fairy brings a gift of a virtue or positive trait, such as beauty, courage, sweetness, musical talent, and mischief. The most powerful fairy, the Lilac Fairy, arrives with her entourage, but before she can bestow her gift, the evil fairy Carabosse arrives with her minions. Carabosse furiously asks the King and Queen why she had not received an invitation to the christening. The blame falls on Catalabutte, the Master of Ceremonies who was in charge of the guest list. Carabosse gleefully tears his wig off and beats him with her staff, before placing a curse upon the baby princess as revenge: Aurora will indeed grow up to be a beautiful, healthy, delightful young lady, but on her sixteenth birthday she will prick her finger on a Spindle and die. The King and Queen are horrified and beg Carabosse for mercy, but she shows none. However, the Lilac Fairy intervenes. Though she does not have enough power to completely undo the curse, she alters it, allowing the spindle to cause a peaceful 100-year sleep for the princess, rather than death. At the end of those 100 years, she will be woken by the kiss of a handsome prince. Relieved that Aurora's life will ultimately be spared, the court is set at ease.

Act I (The Spell)

It is the day of Princess Aurora's sixteenth birthday. Celebrations are underway, though the King is still unsettled by Carabosse's omen. The Master of Ceremonies discovers several peasant ladies frolicking about with knitting needles and alerts the King, who initially sentences the women to a harsh punishment. The Queen gently persuades him to spare the innocent citizens, and he agrees. An elaborate waltz is performed and Princess Aurora arrives. She is introduced to four suitors by her doting parents. Aurora and the suitors perform the famous Rose Adagio. Presently, a cloaked stranger appears and offers a gift to the princess: a spindle. Having never seen one before, Aurora curiously examines the strange object as her parents desperately try to intervene. As predicted, she pricks her finger. While initially appearing to recover quickly, she falls into a swoon and collapses. The cloaked stranger reveals herself to be Carabosse, who believes that her curse still stands and that the princess is dead. Once again, the Lilac Fairy quells the hubbub and reminds the King and Queen that Aurora is merely asleep. The princess is carried off to bed, and the Lilac Fairy casts a spell of slumber over the entire kingdom, which will only be broken when Aurora awakens. A thick layer of thorny plants grows over the palace, hiding it from view.

One hundred years later, Prince Désiré is attending a hunting party. Though his companions are lighthearted, the prince is unhappy and eventually asks to be left alone. On his own in the forest, he is met by the Lilac Fairy, who has chosen him to awaken Aurora. She shows him a vision of the beautiful princess, and the prince is immediately smitten. The Lilac Fairy explains the situation, and Désiré begs to be taken to the princess. The Lilac Fairy takes him to the hidden castle. Carabosse makes one last attempt to cement her vengeful curse, but the Lilac Fairy and the prince manage to defeat her together at last. Once inside the castle, Désiré awakens Aurora with a kiss. The rest of the court wakes as well, and the King and Queen heartily approve when the prince proposes marriage and the princess accepts.

The royal wedding is underway. Guests include the Jewel Fairies: Diamond, Gold, Silver and Sapphire, and of course the Lilac Fairy. Fairytale characters are in attendance, including Puss in Boots and The White Cat, Princess Florine and the Bluebird, and others. Aurora and Désiré perform a grand Pas de Deux, and the entire ensemble dances. The prince and princess are married, with the Lilac Fairy blessing the union.

((This one was particularly difficult to cast, but there it is. Hope you all have fun with it!))
Top

It’s my first leading role and I’m doing my best to not fall on my face! From a technical standpoint, the hardest scene is where Aurora greets her potential suitors. I’ve spent a lot more time than usual working on balance for it. Thankfully, the gentlemen dancing in the roles of those suitors kept me on track. The entire troupe is a joy to work with! How many other people go to work and really love their job?


As a child and early teenager, I spent a great deal of time singing and acting in this theater. While I’ve always enjoyed dancing, it’s something I do purely for the enjoyment. Cate has always been the one that breathed dancing. It was one of the reasons that she had the role of Félicie in New Haven Ballet Academy’s production of Leap. Being the younger sister, she walked in my shadow for a long time. When I dance, I understand what that was like for her. No matter how much I love it, no matter how good I am, she’s the one that choose the blessing that Terpsichore offered on her thirteenth birthday. It’s why my little sister has been invited to dance in just about every corner or the multiverse. There is always something to be said for passion and fire, no matter who is best when it comes to skill.

“Beg? Dante Lorenzo Domìnguez-Álvarez does not beg.” Using his full name for added gravitas as he spoke with Irina Sokolova and, once again, brought rehearsal to a halt.

A hush fell about the rehearsal as Dante appeared to challenge Irina. Certainly, only fools would do such a thing…fools or those possessed with Heaven’s gifts…as Dante Lorenzo Domìnguez-Álvarez certainly was. This time the issue had been when the Ballet Mistress had instructed Dante, playing the role of Prince Désiré, that he was to beg the Lilac Fairy to take him to the sleeping princess.

“Dante is the Prince…and the Prince is Dante…we are one.” Dante snapping his fingers. “Un solo espíritu de baile.” Added with a flourish as he dabbed a small towel against his perspiring brow. His bilingual response to the Mistress’ exasperated explanation tinged with temper that it was the Prince who was doing the begging and not actually Dante. That it was the character.

“Very well. Dante is not above compromise.” Added after a moment, the international divo refusing to back down as the immovable object of his ego met the irresistible force of Irina’s will. “The Prince will petition the Lilac Fairy…” Another dab of the towel before tossing it to a stage assistant. He’d already consented to the covering of his tattoos for the performance. That was more than most got. “A mineral water, por favor... ¡Ahora!” Said to an assistant with a clap of hands to announce that rehearsal could begin again once he’d hydrated.

And such was the push and pull when working with a talent like Dante Lorenzo Domìnguez-Álvarez. Superbly masterful upon the stage with a combination of technical brilliance and impressive improvisation…a celebrated combination of English assiduity and Spanish flair. Yet such talent came with a nearly insufferable and smug vanity. But when the Black Eagle took flight…it was breathtaking to behold.

Dante sat backstage, his thoughts his own as his head bobbed to the beat of Spanish DJ Cuartero’s Blas to center himself. He had arrived early…the earliest of the dancers…as he always did in order to center himself and prepare for the stage and the applause. Dante fed off the energy, the interaction between the performer and the entertained, consumed it the way fire consumes everything. Criticism is easy…he was no stranger to controversy and the whispers which wafted through his wake. But art is difficult. As was his craft…and he was a master.

“De músico, poeta y loco, todos tenemos un poco.” He smiled to himself as he removed his headphones when he spotted Josette, the Princess Florine. He would pause to greet her in the Parisian way with a kiss to both cheek. “Tonight we dance.” A rebellious grin adorning handsome features. “No more instructions, no more practices…it is just…the dance.” A Spanish zest thrown into his accented words. “And then you shall show me the city, yes? Perfecto!” Moving again before she could answer…the Black Eagle waited for no one…and he had to ensure Pearl was properly prepared.
He would move towards the young ballerina and gain her full and undivided attention by pointing at her and then pointing to his eyes. “Escúchame, Señorita Perla.”

“A packed house awaits.” Certainly not settling any nerves she might have about her performance despite switching to the common tongue. “But do not fear, Pearl Beyond Price…” Dante using the nickname he had given the ballerina in rehearsal. “Your prince will not let you fall. You will be magnificent tonight. You dance beneath my wing tonight…tonight you shall soar with el áquila negra.”