A delivery with several boxes was dropped off at the school office. Three contained two dozen copies each of the most recently published Atlas of Rhydin for geography studies. Other boxes contained school supplies including tablets with various types of educational software and literature installed. The invoice noted the purchase was a donation from the MacLeod Foundation.
Top

Announcement of the Cherry Blossom Dance at KSCS

On Saturday, March 21 KSCS will host a Cherry Blossom festival at the school to celebrate the perpetually blooming cherry trees at Zama Shrine.

Starting at 6pm the outer courtyard and corridors will have games and activities, with decorations by the various after school clubs. Refreshments will be provided by the generous Party Planning Committee.

A dance for students high school year one and older will be starting at 8pm in the Chae Gymnasium. A band will provide live entertainment for the dance. The festival and dance are also open to neighborhood residents and their guests.
Top

Yuina arrived from Seaside by 8pm for the Cherry Blossom Dance in the gym. She was accompanied by Haku Kubo and the two also arrived with their Hanami Harmony band mates Narumi Koyanagi and co-captain Sandra Park. Yuina enjoyed the dance and refreshments, and was delighted when Sa-chan was persuaded to go on stage with the band to sing a song. During that performance she made sure to have a slow dance with Haku. For the spring themed occasion Yuina wore a colorful new kimono. 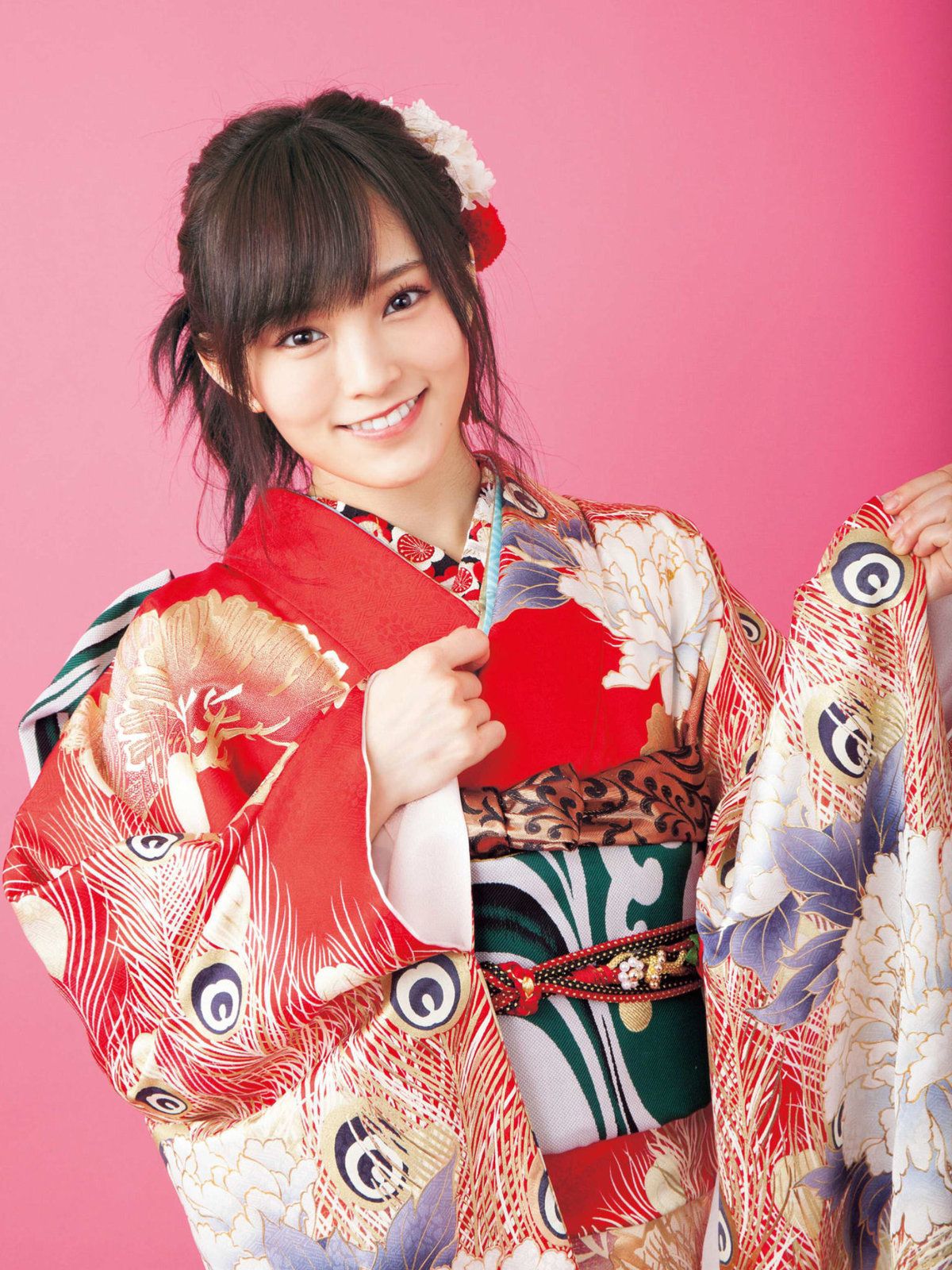 Principal Kubo was at the school for most of Saturday, in place at the gym in time to chaperone the dance along with Roka. During the evening she got a number of phone calls about sporadic fighting at the Kabuki Street barricades and left the partying students in Roka's care to check the radio in the office. When she arrived there she spotted Asami Ito talking to a crying injured girl in the front office waiting room who had been injured on the trip to the neighborhood. Before Yuko could protest she saw the furious Asami rushing out of the school. While she seemed to want to chase and try to stop Asami, checking on the injured student and calling Kiyomi to come and provide treatment took first priority.
Top 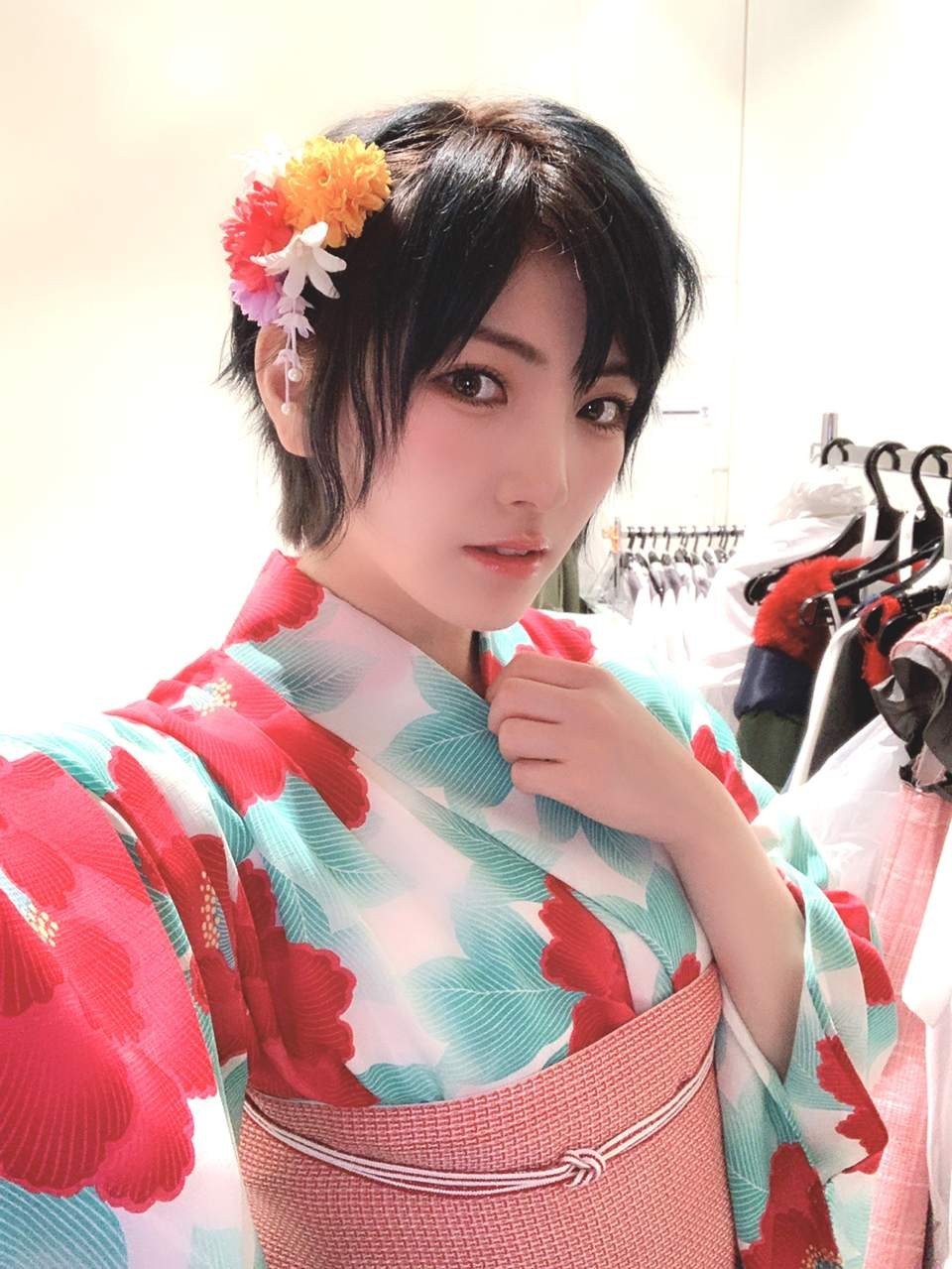 Haku's own choice of attire for the Cherry Blossom Dance.
Top

Friday night there was a break-in at the school library by gargoyles and vampires to abduct Yuina Hirano and Taro Ouichi; the students were quickly recovered, and the library windows are currently undergoing repairs.

Following the death of Jeza Volokhov, Mallory Maeda finally accepted her donation from last summer and withdrew all the money (equivalent to $500,000) from the secure account, donating it to the school for a security system, with any remaining funds spent on other items or saved at the school’s discretion.

The security will be put into place over spring break, which ends when the new school year begins on April 13th. A full academic calendar will be released soon!
Top

Late Sunday night when the Rappapa delinquents arrived back at their club room after their spring break camping trip to Twilight Isle Yuzuki roamed alone down the corridor to visit the vending machines. In a gloomy section between the lights of the exit signs she ran face first into a sheet of plastic packaging accidentally left behind by the technicians who had installed the security system. Becoming panicked, Yuzu sprinted back to the club room, vehemently insisting that Kaho had been correct in her belief of the school being haunted.

After some spirited discussion, she eventually recovered her courage and completed the mission of fetching cold drinks and discovered the true identity of the ghost.
Top

At 9 AM Monday a small crowd formed in the breezeway between the gym and pool buildings. Though the fight was finished before any teachers or administrators arrived to investigate, the rumors circulated all day that the Rappapa gate guardian Kuwabara defeated a new transfer student from Old Temple who sought to enter the brassband club's headquarters. Per the rumors, the sukeban did not emerge from the club room, electing to ignore the contender.
Top

Due to a surprise(?) wedding in Cadentia, Velen Ilnaren will be on leave for just over two weeks, and will return to Kabuki Street Community School after his honeymoon. In the meantime, music classes will be handled primarily by Brad Kaiser, with possible guest instructors.

Anyone wishing to compose or record a performance of celebratory song for extra credit may do so.*

* - Songs submitted for extra credit are not required to be excessively sappy or complimentary towards Mr. Ilnaren. Music should be honest!
Top

When Rappapa returned to their club room on Tuesday the 19th, Yuzuki had a framed photo to place on the wall close to the bronze wyvern trophy. The photo showed all five of them gathered around what seemed to be a field made sand raft. Stacked on it were a number of carefully packed relics from their desert adventure and the tail of a chimera that had attacked them.

Yuzuki took care to ensure that the frame was straight and that the picture looked good in the chosen spot, but hurried to fetch lunch since it was her turn.
Top

Late Saturday morning Yuzuki burst excitedly into the Rappapa club room, though it didn't come as any surprise to the rest of her teammates who were already inside. Yuzu was in such a hurry that the loud sound of her rushed footsteps were heard coming down the short hallway leading to the former offices and storage space that made up their headquarters caused Kaho to look up curiously from the game she had been absorbed in playing on her DS. When the gate guardian burst in, it was with a newspaper held up triumphantly in her hands.

"They finally printed our names, about finding those relics!" Yuzuki announced gleefully, flapping the paper in her hand and holding it high over her head. The others would get a chance to see as she spread the page on the card table that Yuzuki often used for practicing her magic tricks. Though it was some time after their treasure finding expedition, there was a small sideline in the Dockside paper mentioning all their names and their accomplishment. Only Kaho seemed to be indignant, one of her fingers jabbing at the lines of print. "Hey!" she protested. "My name is not Aral!" she insisted, indignant.

Yuzuki frowned, thinking over the dilemma of the misprint. Finally she got the light bulb look in her large eyes. "Hey, is there a school newspaper? We could go talk to whoever writes it... surely the school paper would want to make a story about us locating rare priceless artifacts!"
Top
Post Reply
41 posts