Text to Mal: Even my car needs a tune-up after a couple rides with her. Tempe would be a hundred times more affected by her presence. Maybe if we drugged her first it might work? But I think she'd hate that. A lot.
Text to Mal: If it wouldn't mean falling out of the sky and killing everyone, I'd ruin Tempe to get her. Happily.

There's a reason why Mai hadn't responded quick. 1. It's business, and she wasn't going to go into detail when it came to those things -- even with Mallory. 2. She needed to pull some strings to get a boat ride. 3. To go with 2.. since it was a location only some sailors knew about, and wanted to keep clear of, she had to actually dip into the coffers a little more than normal, so she wasn't very happy. And most important -- 4. She was worried the cargo PJ (and then Penny) were bringing back from Kugane could possibly be damaged.
Life's simple, you make choices and you don't look back.

Text to Mai: awesome, thanks for letting me know

Text to Patrick: heard back from Mai. she’s getting them. it’ll take a few days, though.
Top

Mallory picked up after Patrick's first ring. "Hey. Thanks for calling so fast."

"I don't suppose there's any point in hoping this is a friendly call, like you just missed me or something." Patrick sighed.

Mallory gave that a rueful laugh. "Not so lucky. Maybe it'll amount to nothing... Someone claiming to be a Volokhov just sent me a big check for the school, and a letter. Says she's the matriarch of my birth family... and she knows a lot about me, and, uh... yeah. I'm pretty shaken up about it."

Patrick was silent for a moment. "How big are we talking?"

"Big enough that they're a rich family of mages and I don't trust them." Mallory paused. "Two hundred grand."

Patrick blew out a stunned breath. "Nobody's that nice. What kind of angle do you think they're going for?"

"They say they only just remembered me... that Adder cursed them to forget me until I destroyed him... which I believe. That lines up with what I know. They say they want to reconnect, meet up. I believe that, too." Mallory sighed. "What I don't believe is that they're just glad I'm doing well and want to 'support' me." Another pause. "I killed Adder completely more than six months ago -- and I don't get this letter until a few weeks after the ritual. Is that a coincidence? Am I being paranoid?"

"...I'd say we've only survived in this place as long as we have because we've listened to our gut instincts. Being able to sense that something's off here isn't paranoia. I mean, they've already started digging if they found you and know about the school, and I assume deeper than even that since you said she knows a lot about you." Patrick paused again, accompanied by the soft clack of keyboard keys. "Did she give her name?"

"Jeza. Grandmother gives me a relative time frame, but-- Actually, I shouldn't handcuff myself like that. You said they're mages. Maybe you're not the first one to break the rules."

"I'd be shocked if I was the first one to at least try. I'm not sure what this amounts to, yet... but keep an eye out. I don't trust them." Mallory paused. "I don't know what to do about the money. That's... a lot. The school could really use that."

"No one's that nice." Patrick stopped typing. "Look, I get it. If some long lost family member of mine popped up out of the blue, I'd want it to be on the up-and-up. But frankly, we don't have the luxury of being able to assume anyone's acting in our best interests. I wouldn't do anything with the money until we know more." He took a deep breath, then continued. "I've made a few small connections recently; I can try to look into the Volokhov's on the business end of things. Maybe it'll help. I don't know."

"I'll leave the account for now... and talk to Yuko and Na-rae. If we can hit two million on the renovation budget without this, then Jeza can take her money and go fuck herself." Mallory laughed. "...Thanks, Patrick."

"Your real family's got your back." His smile was audible. "I'll let you know if I find anything."

((Adapted from live play with Patrick, with thanks!))
Top

Text to Mallory: Hey Mallory, I hope the pearl hunting is going well. The water elementals seem happy enough with the progress. I have something I want to discuss with you. Can you swing by the tower on Wednesday sometime during low-tide? That's sometime between 2 and 6 pm. You should see a Sandbar, that will lead you to the doors.
I'll just lay low, hiding in the shadows
So don't give me dark days, I already had those
I'm just trying to figure out how to be myself right now
I just wanna lay low, hiding in the shadows
- Modified from Fitz and the Tantrums, I Just Wanna Shine

Text to Michelle: pearl hunting is going great. we’re on track to hit our goal by Friday— then the elementals can stop so the ecosystem can recover.
Text to Michelle: I’ll be there. anything you want me to bring?
Top

Text to Mallory: Maybe bring some beginners magic books, if you have any. I'm looking for some lessons, not combat related.
I'll just lay low, hiding in the shadows
So don't give me dark days, I already had those
I'm just trying to figure out how to be myself right now
I just wanna lay low, hiding in the shadows
- Modified from Fitz and the Tantrums, I Just Wanna Shine

Text to Phil last night: bruised is still a big improvement! can’t stay late, but maybe I can see you in action at the tournament before I have to leave
Top 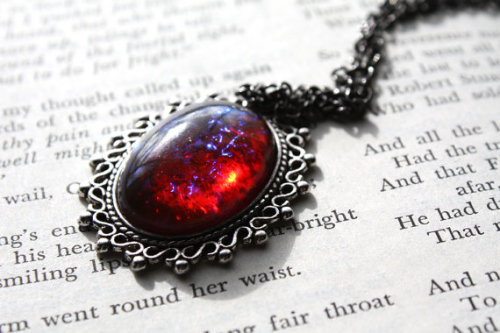 Text to Boss Mallory: I'm getting another tattoo for this, I think.
Top

Text to Phil: forearm and bicep are both good for panels like that
Text to Phil: Hot Dog just rolled all the way to Kabuki Street to tell me Gothilda never made it back to the Tower
Text to Phil: anything weird happen after I left? shady figures looking for revenge? elemental liberation activists snooping around?
Top
Post Reply
235 posts